ROUND TOP CHALLENGE HOPES TO BRING VISIBILITY TO PARK

ROUND TOP CHALLENGE HOPES TO BRING VISIBILITY TO PARK 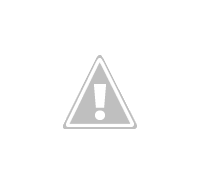 
Athens Township – Plans are coming together for the Round Top Challenge, a running event intended to bring more exposure to Round Top Park

Athens Township Parks and Recreation Chairman Richard Bean said the idea came to him a few weeks back, before the commission’s most recent meeting.

“We want to get more people up on Round Top. It doesn’t get used too much during the week,” Bean said.

“The high usage is during the weekends.”

The commission initially looked to hold it in October, but then decided to plan for the second weekend of may to avoid other area running events already planned for the fall month.

“Its going to be strenuous,” Bean said about the route they have planned out, which will included part of the Athens Area High School’s cross country trail. “Its not just flat ground. You’re going to need some muscle to get around. There’s going to be some hills to climb.

Commission member Chris Watson, a runner, is currently reaching out to local running clubs to generate interest as plans continue moving forward, Bean added.
“We’re just trying to get more usage up there,” he said.
(article from: The Daily Review 7/2/2021)

VRC is focused primarily on Bradford County PA as well as Tioga & Chemung Counties in NY.
No sign up, no dues. Everyone is welcome to join and promote their races.
Join us on STRAVA or FACEBOOK

To submit your race to our blog and calendar please email me at briankunkle@hotmail.com